Hello from day 26 and city number 7…Melbourne! Also Happy Easter to everyone, as it’s Good Friday. I arrived here on Wednesday and am staying with another friend from Uni, Karli, so that’s fun!

Wednesday was another early start as my flight left at 8, but it was great to be in Melbourne nice and early to enjoy the day. Karli and I hopped on a train to Werribee, where she lives and spent the day enjoying the sun, doing a bit of shopping and then dinner at the pub. Nice and chilled. 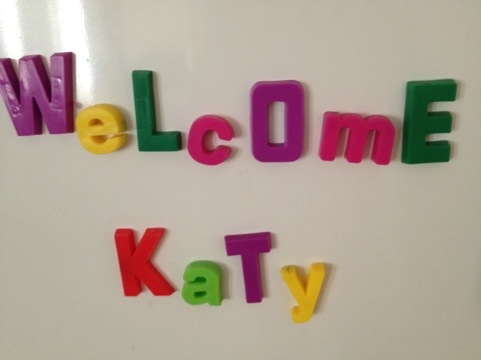 Yesterday we caught the train into the city so Karli could show me around Melbourne. It has a very San Franciscan feel to it in that it doesn’t feel like a city, more like a town. Maybe it’s just the trams! We caught one to the docklands and heard a little about the history of the places we were passing as there was a VoiceOver tour on the train. 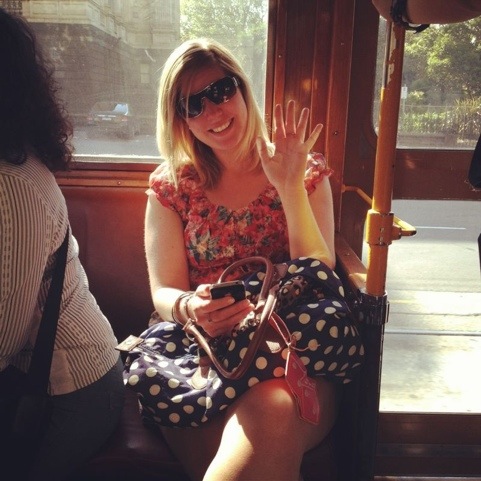 The docklands were nice and cool so we took a stroll along there for a bit, then saw a small crowd gathered by the water. Intrigued we stepped closer to see the harbour was teeming with jelly fish of all shapes and sizes, as well as shoals of fish. I’ve never seen so many jelly’s in one place, and some of them were gynormous! 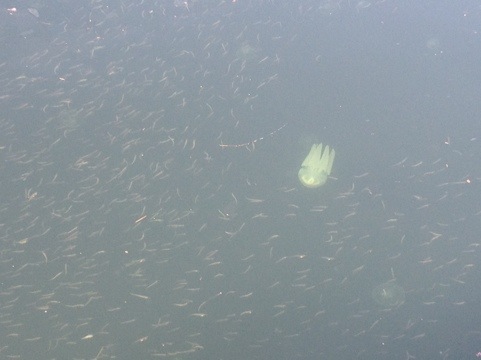 Karli took me to her favourite shop after that where I found some bat wing tops to replace the one I left at home, yay! Then it was a falafel wrap for lunch and off on my afternoon tour ooofff…Ramsey Street!

I have three things on my Aussie to do this, scuba the barrier reef, skydive and go on the Neighbours tour. There’s no way I’m going to get up to Cairns this time but two out of three ain’t bad! Waiting for the bus I met Adam, a scouse barista who’s been travelling the world since September and working in Melbourne since January. He says he hadn’t watched the show in forever and was only there because someone recommended it…but I am unconvinced! Our tour guide Gerry, an Irishman, picked us up at 12:30 and we were off. Gerry was, quite honestly, insane. He talked the whole way up, not only about Neighbours but sharing a whole host of other random stories and saying ‘you do realise’ at least 60 times before I lost count. He was good fun though, full of random facts (you do realise DR Karl isn’t even a doctor? He was on the show as a mechanic for three weeks in 1987, playing Kylies boss!) and fun. Our tour started with some of the outside sets, including Dial a Kyle, Grease Monkeys and the famous bus stop 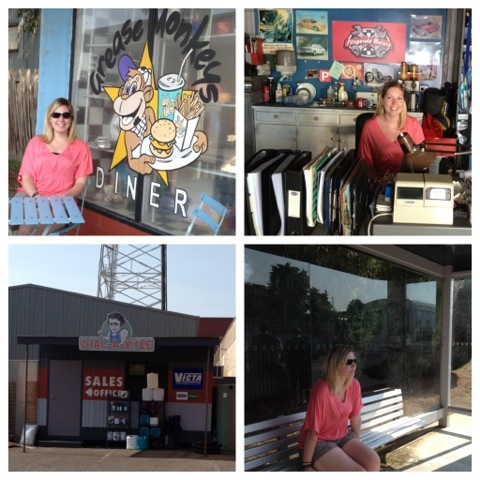 We drove round the back of the Lassisters complex but were not allowed in, everyone was off for the Easter holidays so it was so quiet and locked down.

Next it was the street itself. As my old flatmate Jen had been before I was aware that Ramsey Street was a real place (you do realise Erinsborough is called that because it’s an anagram of Or Neighbours?) where people actually live, but it was still funny standing there! All the house numbers are on the right hand side, 1-6 so that during filming extra numbers are added to make them 25, 26, 30 etc! The cul de sac was really small and cute, and with the sun shining (you do realise when it rains they stop filming) it was perfect. Happy days! 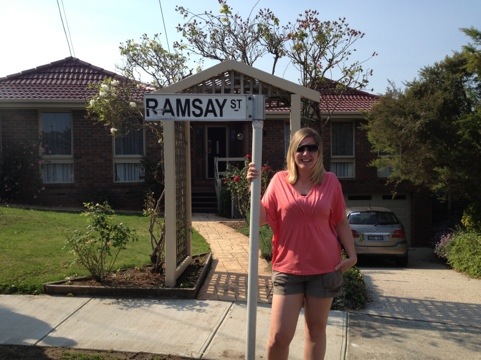 The tour ended with a chance to meet one of the stars, for us it was Stingray 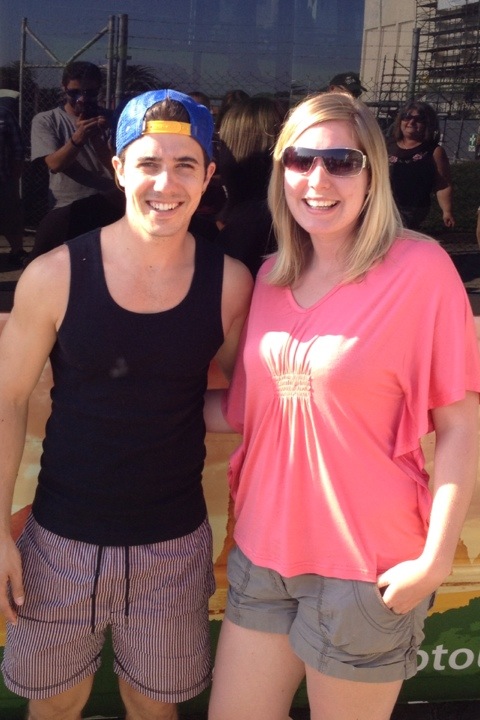 Then Adam and I enjoyed a cider in the sun, soon joined by Karli. St Kildas is a really boho type place, so there was lots of people watching to do which kept me entertained! One person in particular caught my attention though, there was a guy in the bar who looked just like someone I worked with at atlantic college. How’s this for a doppelgänger 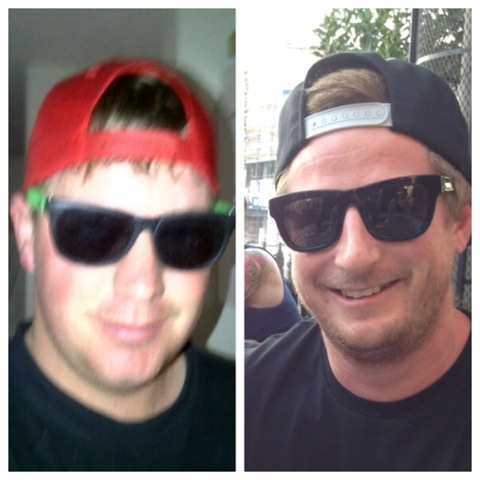 Adam was meeting his friends at a rooftop bar in the city and invited us along so after a while he, Karli and I strolled along the beach to catch the tram back to town. This place really is stunning 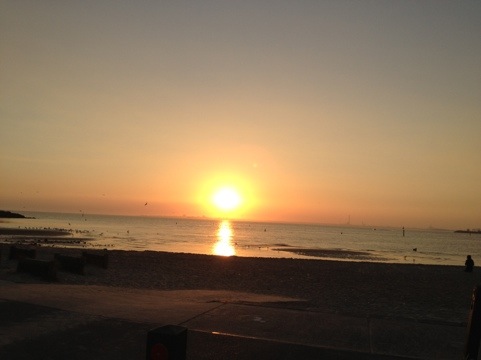 Apparently showing me around has made Karli realise how much she loves it here, I can really see why.

Today we’re off to the beach, yippeee! So it’s time for suncream and bathing suits, till mañana lovelies!